We’ve merged key government datasets to find out which areas are the best and worst at recycling. We’ve also compared the recycling rates to the population of millennials and political party – so how does your area stack up? 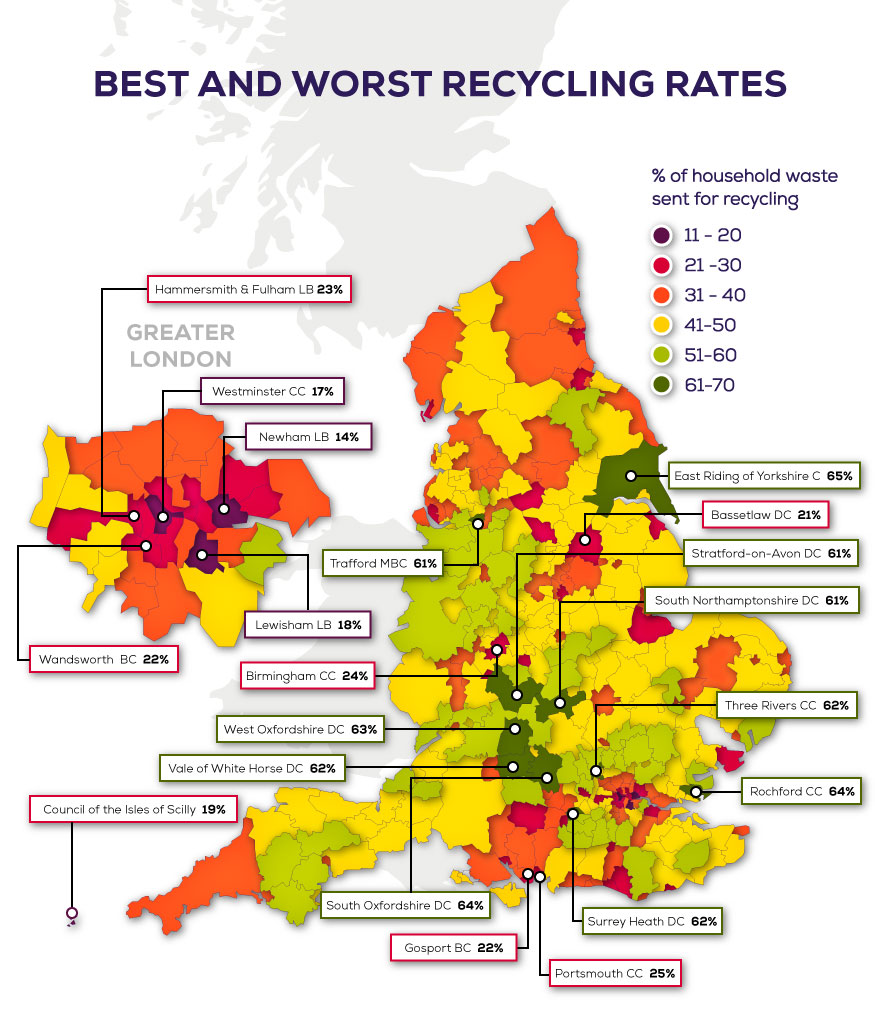