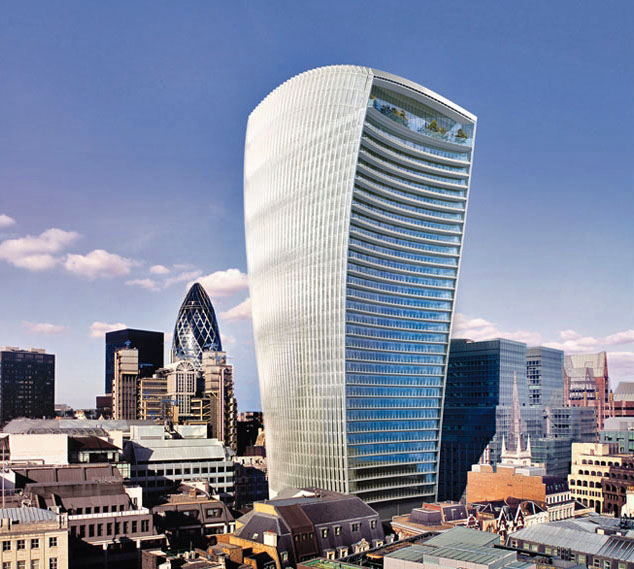 Okay, so we may be exaggerating here! But this did actually happen … Witness the power of the sun! Go Solar Power!

The new 37-storey London skyscraper (aka “Walkie Talkie” because of its shape) has been reflecting sunlight which has melted parts of a Jaguar car parked on a nearby street: Eastcheap on Thursday afternoon. It only took two hours to melt parts of his car including the wing mirror and badge. The total cost of damage £946 in repairs.

The Owner of The Jaguar

Mr Lindsay (the owner of the car) said he “Could not believe” the damage. “You can’t believe something like this would happen. They’ve got to do something about it. It could be dangerous. Imagine if the sun reflected on the wrong part of the body?”

The developers have apologised and paid for repairs. They left the following note on this windscreen: “Your car’s bucked; could you give us a call?”

In a joint statement, developers Land Securities and Canary Wharf said “We are aware of concerns regarding the light reflecting from 20 Fenchurch Street and are looking into the matter. As a precautionary measure, the City of London has agreed to suspend three parking bays in the area which may be affected while we investigate the situation further.