Man was harnessing the suns energy as early as 400BC when the ancient Greeks begun orientating their houses to make the most of the sun during the winter months. But it wasn't until the 1800's that inventors began developing the technology to convert the suns power into usable energy.

In 1839 French Physicist Antoine-Cesar Becquerel observed that shining light on an electrode submerged in a conductive solution would create an electric current. Twenty years later in 1860 a Mathematician named Auguste Mouchout begun work on the first solar motor. He was said to be inspired by his concern that France was too dependent on fossil fuel and wanted to create a sustainable alternative. 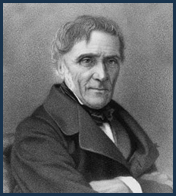 By 1865 Mouchout had successfully created a solar powered small steam engine. The following summer presented it to Napoleon the 3rd who was so impressed he offered financial assistance. Mouchout continued to evolve his solar powered motor and was later sent to Algeria where there was a coal shortage but plenty of sun. Despite considerable success, the price of coal plummeted and Mouchout's project was abandoned.

Solar energy technology was also being developed in England at this time. In 1876 William Adams discovered that illuminating a junction between selenium and platinum can have a photovoltaic effect in which an EMF is produced. This effect is the basis for the modern solar cell. In 1883 inventor Charles Fritz built what many regard as the first true photovoltaic cell. His solar cell only had a conversion rate of only 1-2% but represents the beginning of solar technology as we know it.